Official reports from the state of Kansas come out in September, so let’s reflect on 2015! With a 52% increase in crowing surveys and a healthy 70% increase in brood surveys the 2015-16 our Kansas hunts were a phenomenal success! An increase in cover and CRP, the habitat and numbers look to be just as promising this year down in Kinsley & 10 Gauge Outfitters.
In addition to strong pheasant numbers for the upcoming 2016 pheasant hunting season, we have a good population of quail available for afternoon hunting. At 10 Gauge Outfitters we’re surrounded by farmland and open plains which our upland game thrive upon. When you go hunting with us, you’re not only getting a great hunt, you’re getting away from the office! Spend the mornings shooting all the pheasant you can handle, and evenings kicking back around the campfire telling stories. 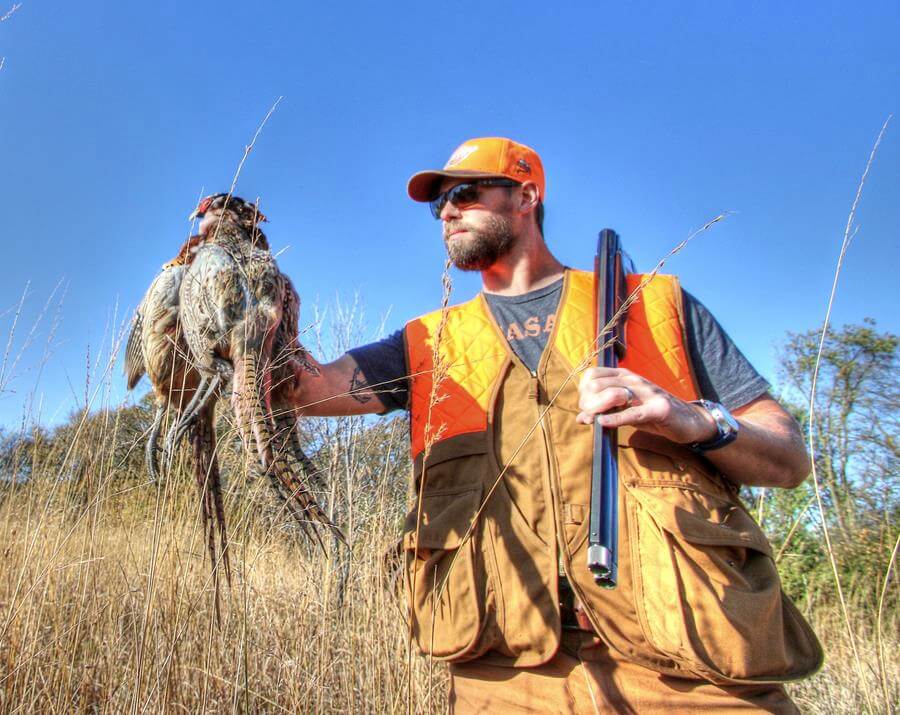 Combine a Kansas Quail Hunt with your Pheasant Hunt

Are you a die hard upland game hunter? Are you up for a challenge? Tag team your your Kansas hunts here at 10 Gauge Outfitters. After you bag your limit of pheasants in the morning or mid-afternoon, get some more time in the field with Tim with an afternoon quail hunt! Quail hunts can be added to any pheasant hunting package. Contact us for more details on how to bundle your Kansas hunts.

The Deer Are Getting MASSive!

The photo was taken just a few weeks ago from one of our feeder cams! This might be the year for some MASSive trophy whitetails and if you were one of the lucky hunters that drew for a 2016 whitetail tag, look no further.  2016 will be one for the record books with trophy whitetails!
Trophy Whitetail Hunts/No Trophy Fees – Starting at $4950
With highly successful kill rates, 10 Gauge Outfitters still has limited Whitetail Hunts for both the Muzzle-loader and Archery seasons available!

Arrive the afternoon before your hunt in Kinsley, KS and you will depart the evening of the last day of hunting. Coyote hunting as also an option (additional fee applies).