Join the adventure in Kansas whitetail hunting with Derek Harwood of Whiteout Media. He was able to come down and visit 10 Gauge Outfitters, finally experiencing what we have to offer. Below, Derek gives a quick overview and video of some great experiences.

Where do I begin? I first have to thank Tim and family for the wonderful experience I had while visiting. Every year I able to visit many lodges and outfitters across the nation, 10 Gauge Outfitters will be one of the more memorable trips. From the first step onto the property to the knowledge I gained from sitting in the blinds, there are very few outfitters out there. I would not hesitate to refer family or friends 10 Gauge.

The Search for Trophy Kansas Whitetails

After arriving at the hunting lodge and having heard and seen these whitetails on trail cameras, Tim and I jumped into his truck to go and check out one the hay bale blind. Nestled next to a water source, we set up the cameras and I never imagined for what I was in store for.

While waiting for the “power hour” when the sun starts to set across the horizon, I grilled Tim with a multitude of questions. It had been over 20 years since my last archery hunt, I was only 16 and no clue. But Tim was more than gracious in explaining the movement of deer, what signs during the season to look for, scent control and how deer react to human scent. Most importantly through a very specialized formula his feeding regiment produces some of the biggest trophy whitetails in Kansas. This leading to his successful Kansas whitetail hunting outfit.

As the “power hour” approached and after I had already fired off a few hundred photos Tim told me to be ready as the deer started to move across the horizon. Even though Tim manages his deer, he does so over 10,000 acres and all are un-fenced, giving the hunter a true trophy experience. The view across the property goes on for miles and the deer he had spotted looked to be thousands of yards away. However, in a short time they were with in eye view of us.  Trophy whitetails seemed to be popping up in every direction, some moving closer than others, even mule deer fighting in the distance. Then, out of nowhere it sounded like a herd of cattle were rushing us from behind. Even though it was just a young buck chasing a few does, it still was exciting. Hunting the Next Day

After dropping off another deer hunter the next morning, we headed off to see what we could capture on camera. As we waited for the sun to rise, we parked along the road and watched deer silently make their way across the land. A few hundred more photos, we moved over to check out one of his rifle blinds. We were welcomed by a large group of Kansas turkeys as we arrived to the stand. While most deer stands are 8-10 ft off the ground, this stand was towering 20-some feet off the ground. Giving you one of the most expansive views imaginable, you could see deer for miles! I could tell from the deer stands that we saw they do an excellent job of making clients comfortable. 10 Gauge takes all the pressure off the client, allowing them to concentrate on one thing, making a great kill shot.

Later that afternoon, Tim wanted to run out to see his pheasant hunting land as the season was approaching. He wanted to be sure everything was ready and I wanted to get the drone up in the air. The property canvased food plots, native grasslands and open prairie. Watching the drone zip across the sky, the upland hunter side of me wanted to get out there and chase birds with my lab, Bella. I could see why many come down to take part in a Kansas pheasant hunt. Even though the evening was quickly approaching, we made our way back out Kansas whitetail hunting. Countless deer approached and gave perfect shooting opportunities. Tim had his eye on a buck that would appear and disappear among the plum brush. This buck was one that Tim said would be perfect as a management deer. While it was a large and amazing deer, the rack was not like most of his deer. He would score in the 160’s-170’s in his prime.

This was on the lower range of the bucks he prefers his clients to shoot. Typical bucks ranged from 180-200″. Smiling, this was the biggest deer I had seen in my life. This is the same buck we watched put on a show chasing a doe earlier that morning.

As the Sunset on the Hunt

As the light disappeared from the sky and more excitement of younger deer and even a coyote checking us out, it was not looking as though this deer was going to come within range. But as soon as I was ready to pack up, across the horizon I could see the silhouette of the buck making his way toward us. Unfortunately, he got the best of us that day and we ran out of daylight. If there had been more time to hunt, I’m sure he would of ended up in the back of a pickup. But that is why they call it hunting, and not catching.

Successful in Many Aspects

After being gone most of the week, I did have to cut my visit to 10 Gauge Outfitters short due to an 18 month old at home wanting “daddy”. I figured I better get back home while I still had a wife willing to let me leave on these hunting adventures. With more time the adventure would have continued, but for this year the score was Kansas: 1 – Derek: 0. 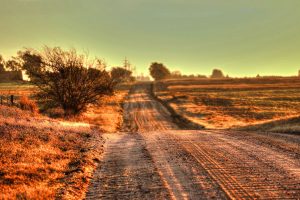 Although I was slightly disappointed to leave empty handed, the adventure in seeing that many trophy whitetail and the knowledge I gained was well worth the trip. It was a photographer’s/hunter’s dream and I can’t wait for more Kansas whitetail hunting. Next time maybe settle the score. Thank you again Tim, it was a great pleasure!
CATEGORY: Whitetail Hunting
No Comments
1 Like